In September and October, Kindergarten was busy learning about interdependent relationships in ecosystems: animals, plants and their environment. They experimented with growing grass without water, without light, with lots of water and just the right amount of water and light. They also learned that owls fly without making a sound and that bats use echolocation. They carved and added a new pumpkin jack to the school garden. Last year's pumpkin jack grew and produced a combined total of 14 pumpkins. 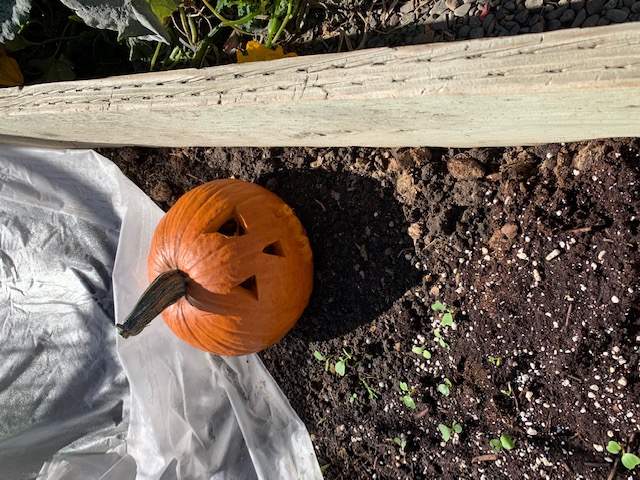 In September and October, 1st graders made observations relating to the amount of daylight to the time of the year. During the first week of Fall, they went on a nature walk and used the items they found to make sun art using sun-sensitive paper. They also spent time in the STEAM Lab making observations of plants and how young plants are like, but not exactly like their parents.

In September and October, 2nd graders planned and conducted experiments to determine if plants need sunlight and water to grow. They made bean mazes by engineering a maze for their growing bean plant to navigate through while growing toward the light. They even designed light catchers to capture more light and direct it into their boxes. 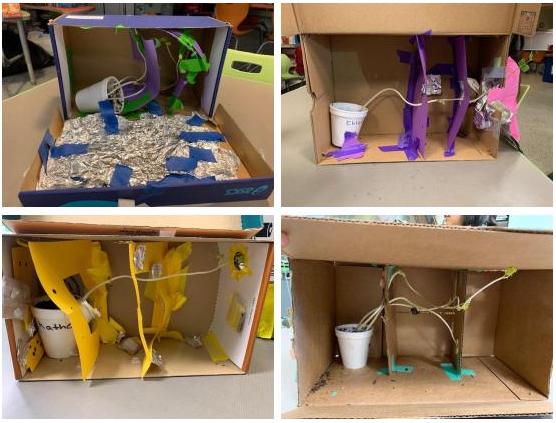 Lettuce see what is growing!
Third graders have been designing and growing their own hydroponic garden in the STEAM Lab. They are actually growing lettuce, tomatoes, cucumbers, and peppers. This project was started to provide evidence that traits can be influenced by the environment. They are watching to see if by growing plants without soil if their traits will be altered in any way. 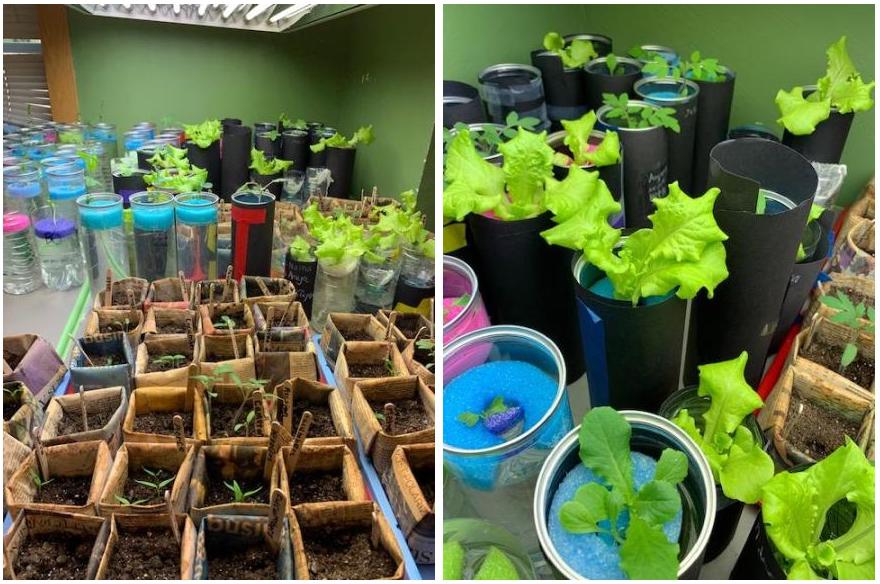 Fourth graders have been learning about sound, light and seismic waves. They have learned that these are all forms of energy that can be transferred from place to place. They made an electromagnetic bracelet, experimented with sound, and modeled seismic waves out of a Slinky and Jello.

Fifth graders learned that the gravitational force exerted by Earth on objects is directed down. They also studied the biology of transpiration in plants. They looked for and found stoma, slits in the epidermis of leaves through which gases are exchanged. Fifth graders were also environmental engineers for the day and tested for water pollution.

Sixth graders have been collecting data to provide evidence for how the motions and complex interactions of air masses result in changes in weather conditions. They conducted several experiments to model this. They also investigated the relationships among the energy being transferred, the type of matter, the mass, and the change in the average kinetic energy of the particles as measured by the temperature of the sample. They saw a light bulb light up in the microwave.

Themed Fridays in the STEAM Lab have been a great success. The Lab has been full to capacity with lines out the door to get in.
Maker Space on November 1, students made games, maracas, and sculptures. One group of 5th graders even created a vacuum chamber. At the Halloween themed Friday on October 25th, students enjoyed making the ghost poppers and glowing balloon ghosts. Coding club on October 18, students enjoyed creating a color-coded path for Ozobot to follow. During Lego club on October 11th, it was exciting to see a room full of 3rd and 4th-grade girls working together to complete a challenge. They built a bridge and designed a structure that had a movable staircase inside.